9 Then he said to me, “Prophesy to the breath; prophesy, son of man, and say to it, ‘This is what the Sovereign Lord says: Come, breath, from the four winds and breathe into these slain, that they may live.’” 10 So I prophesied as he commanded me, and breath entered them; they came to life and stood up on their feet—a vast army.

2027 commemorates the 120th year since the Pyongyang Revival of 1907. During this time Pyongyang was known as the “Jerusalem of the East” for the number of churches in the city and native missionaries sent throughout the country to share the gospel. The prayers offered during this period, for the good news of Jesus Christ to transform the hearts and lives of the people, are still remembered by our kind Father in heaven. The work that God began in the North is not yet finished. The early missionaries, who were from different nations and denominations yet united in prayer and mission, asked God to create one church in Korea who would reach out her arms to China, Japan, Russia, and then reach out to the world with His love.

We add our voices to that prayer today, asking God to breath new hope and life into the people of the DPRK. As the Holy Spirit moves across North Korea resurrecting hope and faith in God, a great harvest will come in the North— His Body which will ultimately go out to the nations with the same message of reconciliation and love. 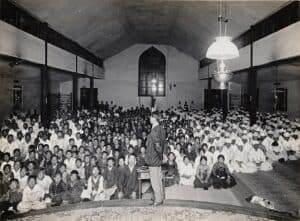 Pyongyang is the capital city of the Democratic People’s Republic of Korea. With a population of over three million people, it is the largest city in North Korea. Regarded to be one of Korea’s oldest cities, Pyongyang is rich with history and legacy. It is home to many historic and archeological sites which are included on the Preliminary UNESCO World Heritage List. Pyongyang is the nation’s industrial, political, and transport center. Fun facts: Rŭngrado May First Stadium is the largest stadium in the world with a capacity to seat 150,000 people. It is located on Rŭngrado Island, which is in the middle of the Taedong River.

Photo: This is a flash-lit photo taken at the regular weekly prayer meeting in Pyongyang, where the average attendance is about 500 persons. Taken sometime between 1908-1922.

Praise: Great Are You Lord by All Sons & Daughters 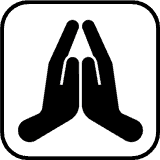 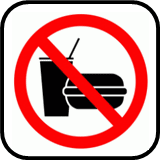 Fast meal(s), daily coffee fix, technology, Netflix … whatever God places on your heart to fast and hunger more for Him. Pray during the fasted meal/activity time. 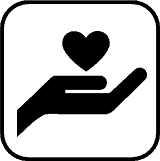 Donate your “fasted” funds (or another amount you choose) as seed money needed to train the next generation for Great Harvest 2027.